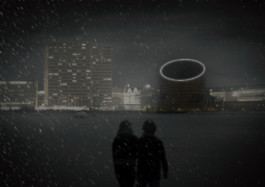 The Tycho Brahe Planetarium is a private institution located in the neighborhood of Vesterbro in Copenhagen, which aims to raise awareness of the scientific world-view and about astronomy in particular. Astronomy as a scientific discipline has generated great discoveries and knowledge about the Universe beyond the atmosphere, is also a field which symbolizes the unknown due to the amount of questions which still remain without an answer such as whether there are other kinds of life in the Universe.

The lighting of the Tycho Brahe Planetarium building supports this general emotional impression about the field by recurring to the metaphor of symbolising light with knowledge and darkness with unknown. A lighting scheme based on a visual hierarchy is proposed, which reflects both the emotional connection to astronomy and is recognised as being unique and therefore supporting individuals at perceiving the building as a landmark in the city during night time. 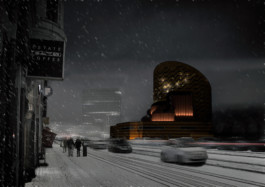 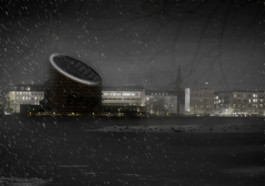